In the set editor for the Year dimension, open the MDX editor on the top right. 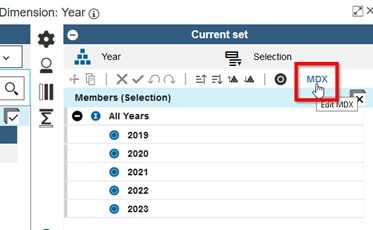 Because the dimension is being used in a PAW cube view, elements from other dimensions can be used in the MDX that will create our subset. The MDX in the image below converts the Year attribute from the Version that is currently selected in the Version dimension into the Year element that should be displayed with the selected Version. The MDX statement notably uses the STRTOMEMBER function and a reference to the Version attribute cube using CURRENTMEMBER.

Now, when a version is selected, the Year dimension automatically updates to the desired element. 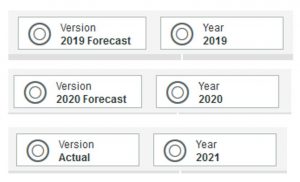 For the second example, a mapping cube is needed to determine what Account elements should be shown when a Company element is selected. To do this, a simple mapping cube was created. 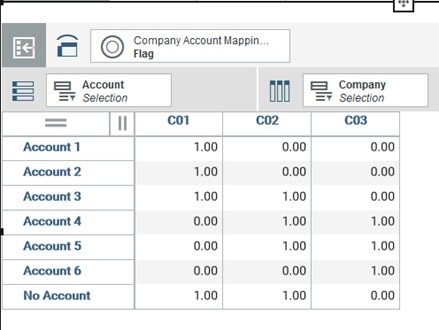 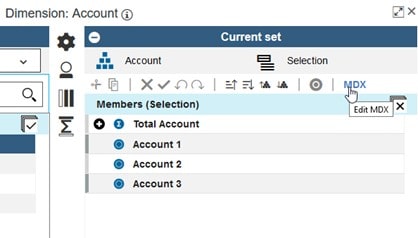 In the MDX statement, the full Account dimension ( TM1SUBSETALL ) is filtered to only the accounts that should be displayed for the selected account. This is done by referencing both the Company and Account current elements using CURRENTMEMBER to determine if the flag in the mapping cube is set to 1.

With this MDX statement applied to the Account subset, the rows of accounts that are displayed update when the selected Company is changed based on their mapping.

This functionality is useful in easing the user experience when there are set relationships between dimensions. In addition, any of the controlling dimensions can be dragged out of the cube view so that the dimensions can be hidden. With Synchronize dimensions turned on, the MDX statement will still work as intended. 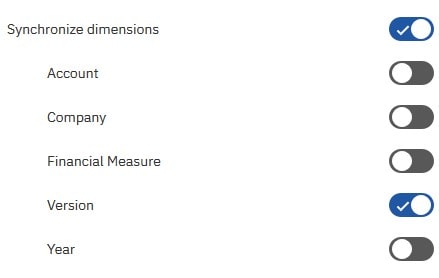