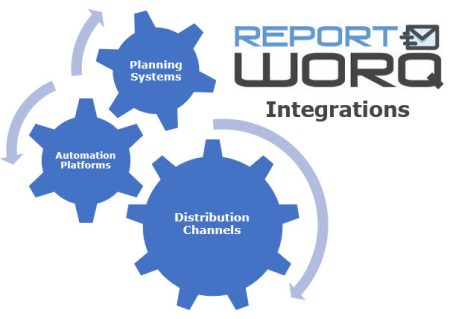 ReportWORQ’s versatility comes from its ability to integrate with and connect to many different systems. The listing below covers the systems ReportWORQ integrates with for report distribution as well as for automating ReportWORQ jobs. 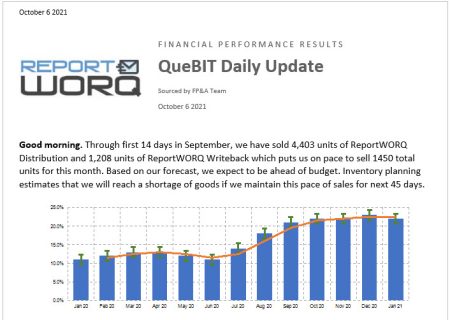 ReportWORQ connects directly to your SMTP server to send emails throughout your organization. With ReportWORQ, you can personalize email messages with commentary, images, and attach reports for users to consume. ReportWORQ allows you to set up CC and BCC users, set email priority and leverage HTML for advanced message formatting. Have a look at this example newsletter email which was generated and distributed by ReportWORQ. 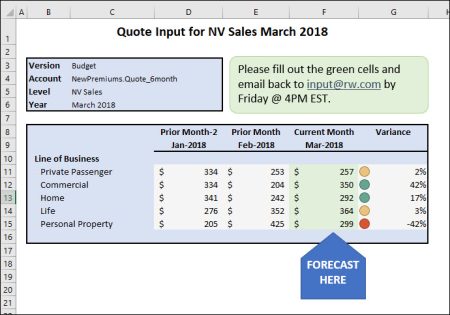 With the ReportWORQ Writeback license, an email inbox can be created for users to return input forms containing data contribution that should be submitted back to the planning system. ReportWORQ will monitor this inbox using a POP3 account and when an email arrives the Excel file attachments will automatically be processed and any new data will be submitted along with an audit log. Learn more about ReportWORQ Input Forms here. 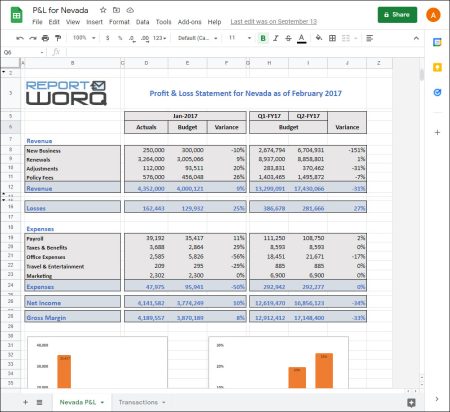 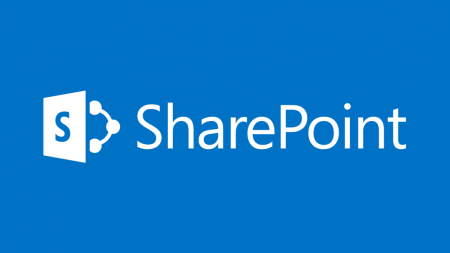 Microsoft SharePoint is a secure and natural place for storing and sharing documents. For customers who’ve embraced this platform, ReportWORQ offers the ability to post documents to sites and pages specific to each recipient. This means a ReportWORQ job can create a departmental P&L for each department and then post each individual report the site associated with that department. ReportWORQ supports Microsoft SharePoint On-Premise and Cloud. 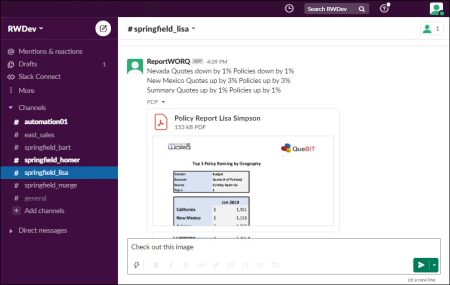 Slack provides an easy way to organize and manage frequent distribution of documents and commentary across many channels. ReportWORQ integrates with Slack and makes it simple to generate and distribute documents, imagery and commentary across several channels quickly. In addition, ReportWORQ provides a bot which will listen for specific commands and can be used to run ad-hoc jobs from Slack. Using Slack’s built in extensibility this can be used to expose forms, buttons, slash commands and other bots to your users for self service reporting. 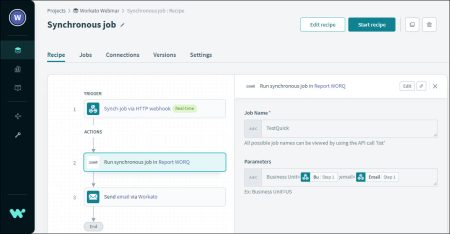 Workato is a single platform for integration & workflow automation across your organization. For Workato users, ReportWORQ has a published Workato Integration which utilizes the ReportWORQ REST API for automating ReportWORQ jobs. Workato excels at automating systems and exposing Slack Bots which enable applications such as ReportWORQ to be consumed by Slack users. Learn more about ReportWORQ’s Workato integtration here. 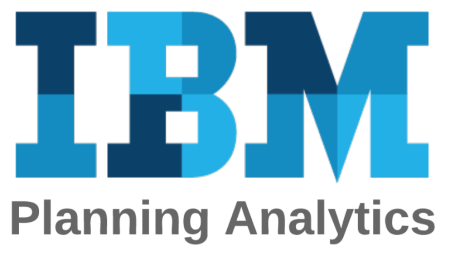 ReportWORQ’s support for IBM Planning Analytics TI Processes provide users with automation tools to run ReportWORQ jobs on schedules, after data loads or on demand by users. When used in conjunction with Action Buttons in dashboards, users have the ability to make filter selections such as a period or cost center and then execute a ReportWORQ job which will distribute reporting packets with those selections. Learn more about ReportWORQ’s support for TI here. 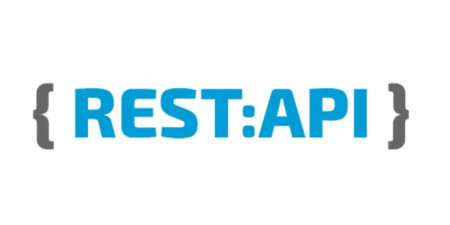 ReportWORQ exposes an on-premise and optional cloud based REST API for automating job execution. This REST API easily integrates into existing automation systems as well as cloud based systems such as Workato. The REST API follows industry standards and is an easy way to expose ReportWORQ functionality to users in existing systems they are already comfortable working in. Learn more about ReportWORQ’s REST API here.